24 Hours without a phone in Hangzhou...and counting

24-Hours without a phone in Hangzhou… and counting.

Stepping out of a DiDi taxi in Hangzhou, China without your phone is, in my imagination, on a par with stepping out of an airplane without a parachute. For the skydiver the pack on his back is his lifeline it keeps him alive and supports him on the balmy air as he drifts serenely to the ground. For the expat, the smart phone provides the same lifeline and support because to all intents and purposes it supports our whole life.

So it was on a rainy day in Hangzhou I stood outside of the university I was visiting knowing my phone had gone. A frission of fear ran down my back and I actually let out a scream. “My Phone.” I spun around only to see an empty space where only seconds before the taxi had dropped me off. I ran back to the guard on the gate, “my phone, my phone,” He looked puzzled, being Chinese, and all. I did that hand gesture, thumb and little finger extended pushed up against my ear “phone, phone” I whimpered, pointing down the road “DiDi––DiDi.” The guard got the point and I was quickly thumbing my number into his phone, hope once more springing alive in my heart that all was not lost.

No Answer. I had to get to an appointment so I left him to it. As I walked to the office I wondered how I would get home? I had no cash on me. I didn’t even know the Chinese address for where I lived. I couldn’t call my wife. It was all in my phone. I can’t remember the last time I carried cash. I have apps for that. WeChat and Alipay connect directly to my bank, everyone takes electronic payments, even the beggars have the QR codes for people to scan.

I made it to my appointment. “How are you?” I was asked politely. “I’ve left my phone in the DiDi” was my default reply to the question. I don’t think that was the answer they were expecting. But all hands on deck I had found a lifeline. One of the staff members had my wife’s WeChat contact on her phone so messages were sent. Unfortunately, my wife must have been busy because we got no reply.

I had meetings and things to do so it was with some surprise when the student who had been allocated to me started to ask me questions about my phone. This was the hive mind at work I was sure. Type? Huawei P9. Colour? Bronze. Something ticked in my head. I gave them the additional information that it had a Happy Cat plastic cover. The student laughed, maybe I blushed as she relayed the information to someone.

Back through the rain, huddled under the single umbrella, the student looking at her phone. “Ok, we’ve got your phone.”

“What?” I whooped, I actually whooped. I could live again. I wouldn’t have to start to fill a new phone with all the junk I needed to live and survive in China.

“Yes, DiDi contacted us, the driver has your phone, he will give it back to you.”

Like the skydiver realising he had his emergency chute strapped to his back after all, I had the safety chute of Chinese efficiency to thank. I can only guess it was my HR liaison person who got on the case and hunted down my phone. Now, how long would it be before I got my phone back. I’d lost it at around 2PM, the time of my appointment. It was now knocking on 4PM surely it would be back soon?

I was delivered home at around 5pm by the school liaison person (I had no cash or means to get home remember) my wife contacted the driver. He would drop it back soon, maybe later, he said.

Six o’clock came and went, so did seven, no phone. I went down the shop to buy some beer. I offered the shopkeeper cash. He looked at the grubby 20 rmb note in my hand and laughed. He took it, but he still laughed, like I was a loser––which in fact I was, a no phone loser.

My wife contacted the driver again. He’d had a hard day driving apparently and now he was drinking so he couldn’t deliver the phone. My generous notion that I would slip the driver a red packet started to dissolve as I realised I wasn’t getting my phone back anytime soon. “Maybe tomorrow morning” he said. “9 or 10.”

I will not admit to be any more addicted to my phone than anyone else, but I had to go straight to sleep that fateful night. I usually check Facebook, read the Guardian Newspaper on its app, or read a novel on the Kindle app. But I just had to go to sleep early, which meant I was up early too. And I still couldn’t check my phone because that damn driver still had it, the drunken bum––my generosity of spirit was evaporating.

Nine o’clock came, the driver, didn’t, he didn’t come at ten either. DiDi customer service rang “Did we have the phone back?’ No we didn’t was my wife’s reply. “Oh!” They will tell the driver to get it back to me, she said.

The driver then tells us he’s over 25 kilometres away so he cannot get the phone back right now. I think I’m starting to get the itch of cold turkey––withdrawal symptoms. I keep reaching for my non-existent phone to check things, the time, the weather, how much the RMB has fallen against the Pound. Important stuff. I pat my pocket to check for it, an unconscious tic. I even had a lanyard that should have been around my neck yesterday so it could swing comfortably against my chest and so I WOULDN’T LOSE IT.

2pm. Twenty-four hours without a phone. DiDi calls again. You have to be impressed with their customer service in lieu of the shoddiness of the taxi driver. I want to be fair, the guy has to make a living and driving for DiDi is probably not the easiest way to make money, so I can understand, somewhat, his reluctance to drive across what is a large city just to drop off my phone, which I, after all, stupidly did lose, I should take the responsibility.

But TWENTY-FOUR-HOURS without my phone. We tell DiDi, look if he brings the phone he can bill me for the journey, that way he gets paid and it’s not a wasted journey for him. “Ok” they say “We’ll tell him.”

3:30, 24 hours and counting, writing this is my therapy, putting my angst onto the page to release the tension, to drain my nervous energy into my computer to give my fingers something to do – a form of distraction therapy.

21 random things about me

The Nightshift - a gigging band in Hangzhou, China

Read 5 chapters of The Twelfth Rune for FREE

Poetry from my University students 2020 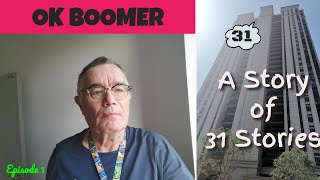 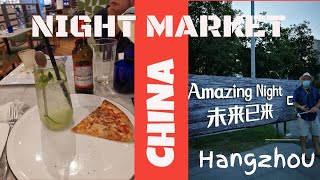 An evening out in Hangzhou at a Night Market 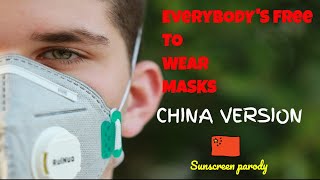 Life and Death in Hangzhou, China